Happy New Year! Here's to an incredible 2023 and to another amazing issue of GoMag. Check out the January 2023 Stallion Issue now.

CLICK HERE to view the January Issue of GoMag

Debbi Trubee of North Farm in North Lawrence, Ohio, said it was another incredible year for the Makin Me Willy Wild (Geoffrey) offspring. The 2015, 15.2H black stallion by Winnies Willy and out of Wildly Available is a Multiple World Champion & Congress Champion Sire from his first crop to show. “While some stallions and mares never re-produce themselves, we’ve been very blessed that Geoffrey is following suit for his foals with his upright build, self-carriage, and correct conformation,” Trubee states. “We were also blessed with his first set of foals landing in stellar programs, which gave them their best shot at success.” The NSBA World Show saw winners in the Open, Limited, Non-Pro, and Open Color Longe Line for Willy Makin It for Julie Davis and Willy Rockn Thehouse for Pete Mead. Another winner from the NSBA World Show was Makin It Platinum in the 2 Year-Old Open Color HUS with Judy Zeitler. Outt Foxxed had three Reserve Championships at NSBA in the 2 Year-Old HUS events for Angela Fox. “Geoffrey’s babies are very user-friendly!” Trubee said. “They are great-minded and, because it’s easy for them to move correctly, training them isn’t a chore; it’s just letting them be what they are. In today’s insanely competitive show arena, you can’t make them be a show horse if they aren’t the real deal.”

Makin Me Willy Wild is fully booked for 2023. Contact Debbi for more information regarding prospects currently available at (740) 815-3545.

CLICK HERE to view the January Issue of GoMag

The deadline for the February issue of GoMag is Saturday, January 28th. To reserve your space, call or text Suzannah Fuhrman, GoHorseShow’s Co-founder and Executive Vice President at 214-449-8716 or email her at Suzannah@GoHorseShow.com. She will be happy to answer any of your questions and can help design an advertising package to fit your needs and budget perfectly. GoHorseShow…Where The Winners Go. 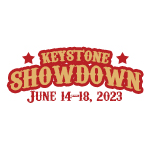 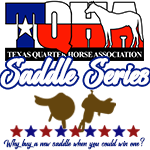